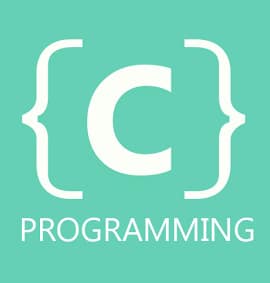 C# is a modern, object-oriented programming language intended to create simple yet robust programs. It is designed specifically to take advantage of CLI features; C# is the core language of the Microsoft .NET framework. In this course, students gain the skills to exploit the capabilities of C# and the .NET Framework to develop programs useful for broad range of desktop and Web applications.

C-SHARP (C #) is a multi-paradigm programming language developed by Microsoft that works with the .NET Framework. C # is commonly used to create mobile apps, games and Windows apps. # is a modern, object-oriented, general-purpose programming language, pronounced as “C #”. It was developed by Microsoft under the leadership of Anders Hejlsberg and his team as part of the .Net initiative and approved by the European Association of Computer Manufacturers C # is one of the languages of the Common Language Infrastructure and the current version of C # is version 7.2. C # is syntactically very similar to Java and is easy for users with knowledge of C, C or Java. .NET applications are cross-platform applications, and the Framework can be used in languages such as C, C #, Visual Basic, COBOL, etc. It was designed so that other languages can use it.

It is an object-oriented programming language created by Microsoft and runs in the .NET Framework. C # has roots in the C family, and the language is similar to other popular languages such as C and Java. The latest version, C # 8, was released in September 2019.

• It is most popular programming language in the world

• It is easy to learn and easy to use

• C # is an object-oriented language that provides a clear structure for programs and allows you to reuse code, thus reducing development costs. Since C # is close to C, C and Java, programmers can more easily switch to C # or vice versa.

C # has many other reasons to be popular and popular.

1. Easy to start: C # is a high-level language and is therefore similar to other common programming languages such as C, C, and Java, which facilitates everyone’s learning.

3. Community: the larger the community, the better the new tools and software developed to improve them. C # has a large community, so developments are made in the system that will not go extinct.

4. Game development: C # is widely used in game development and will continue to dominate. C # can be integrated into Microsoft and therefore has a large target group. C # functions such as automatic garbage collection, interfaces, object orientation, etc.

GeeksforGeeks, CodeChef, etc., with which C # programs can be executed without installation.

Linux: Mono can be used to run C # programs on Linux.

Since C # is very similar to other languages widely used syntactically, it is easier to program and learn in C #.

Programs can be written in C # in one of the most commonly used text editors, such as Notepad, gedit, etc.

After writing the program, save file with the .cs extension.

The C# training course is designed to provide the students the complete knowledge of C#.Complete theoretical and practical knowledge will be delivered.Provide Interview tips and assist in resume formation.

3. Do you provide any demo classes for this course?
Yes ,we conduct demo classes every weekend. Please contact us for more details.

Excellent center, qualified teaching staff, advanced techniques, advanced courses. Great way to a bright future. My c# training is completed in the scheduled slot.
kavita*****
A good institute, helpful staff, and experience with 3RI were positive from the registration date to the selection date at the MNC. 3RI Technologies has excellent trainers for each module.
Naina Arora*****
Great place for C # certification. The faculty and management have been beneficial. The instructor had a complete practical experience, which he incorporated into his teaching method. I got a job within 15 days of completing my certification. I am very grateful to all 3RI Technologies members for their support and encouragement.
Nilesh*****
Previous
Next