Home > Difference between Java and JavaScript 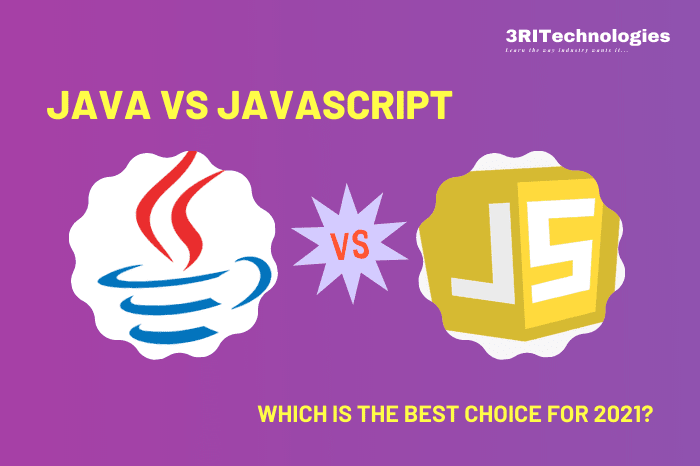 Java and Javascript often peeve that they are related somewhere because JavaScript contains “Java” in its title. Although many programmers grumble about this mix, and many believe it is just part of a publicity tactic that names uncertainty, the past of these two common programming languages crossed over for a very brief period during Netscape’s early days.

Since Java is a standard coding language and JavaScript is used for web applications to make it interactive. We can easily make a 5-year comparison. The comparison is even more complicated now that Javascript has “blossomed.”

With that said, here are some interesting facts and numbers about Java and JavaScript:

The original name for Java was “Oak,” but after the Sun marketing department learned that the name had already been licensed to a software enterprise, they changed it to “Java.”

The Java programming language was created by mistake. About 1992, James Gosling was employed at Sun Laboratories. He was creating a set-top box with his colleagues, and they started by “cleaning” the language of C++, and they all ended up with a new language called Java, or Oak.

Java is the second most used programming language used by web developers.

In Java, the final keyword’s true sense is not final. In Java, it has multiple significance. The process may be Final, Final class, Final or Final element.

Java is downloaded nearly one billion times in a single year.

James Gosling invented and developed Java, a programming language. In 1991, a group of Sun Microsystems Java Development engineers worked around the clock to create the “Green Team.” Java was first published in 1995 and has been updated many times since then. The Internet is now specifically connected to Java-based programming, and we appreciate Java for the numerous applications that make everyday life easier. Oracle has now acquired Java.

Sign up for the Best Java Classes in Pune!

During the initial years of the Internet, around 1990, the two most frequent web browsers were used by the general populace. Brendan Eich, a programmer at Netscape, Inc., successfully developed a programming language that can direct a computer on receiving user input to connect with the user in just ten days. The “LiveScript” language he created is directly incorporated into the browser. The browser interpreted the user’s commands directly; no code had to be compiled, and no plug-ins were needed. While Java required a special plug-in to use the function, another programming language, Java, rose to prominence at the same time. Netscape saw an opportunity and named his Javascript language after it. JavaScript was unavoidable at the beginning of the Internet.

What are the correlations and variations between Java and JavaScript?

Before we get into the nuances of Java vs. JavaScript, let’s take a brief look at the big similarities between the two.

All of these programming languages have codes for constructing objects and their relationships. These languages have different properties instilled in them, such as inheritance, encapsulation, and polymorphism.

Did you know that the common languages for web app creation are Java and JavaScript? According to statistics, more than 90% of businesses use Java and JavaScript. JavaScript is implemented as a platform or library for front-end creation after being inserted directly into HTML. At the same time, Java can be used to create appealing front-ends as a Java applet.

Development of back end

On the server, both Java and JavaScript can be used. Programmers have used Java to support back-end applications such as JBoss, WebSphere, and Apache. Node.js provides the required environment for back-end production for powering JavaScript servers.

Java and JavaScript are web compliant, which means they can all be run in a browser. JavaScript is compatible with most current web browsers, making it a popular alternative for web creation. Java Applets, on the other hand, will run in a browser as well. However, Java Applets are less common because they cause compatibility and security problems.

Since it is executed in the Java Virtual Machine, Java is a platform-independent Object-Oriented Programming language (JVM). On the other hand, JavaScript is an object-oriented scripting language that aids in the development of dynamic HTML pages. Java vs. JavaScript has recently been a controversial topic of debate.

Some essential aspects of Java and JavaScript

● The all-text JavaScript implementation and the compilation of Java code are two further essential variants.

● Every language necessitates its collection of plug-ins.

● When Java generates web applications that run on a virtual or a server, JS code is only executed on the browser.

Pay of Java and JavaScript Developers:

When it comes to recruiting developers, their hourly pay is dictated by considerations such as

●     The programming language in which they work

A range of causes influences them.

Can We Use Java for Our Upcoming Project?

Front-end frameworks such as jQuery, AngularJS, ReactJS, and others can be used to develop dynamic SPAs with JavaScript. Also, JavaScript can be used in the development of static SPAs. Server-side technologies such as Node.js, MongoDB, and others are being created with javascript.

Popular ones who make use of Java are as follows:

● PayPal is a money service firm.

● Uber is a logistics firm.

● eBay, where you can sell and purchase items.

We’re going to the close of our blog on Java vs. JavaScript.

You’ll better understand the two common languages that are reshaping the software development field. JavaScript strengthens the framework’s feel and presentation by using Java to make the code more stable and long-lasting.

You’d know which language to use for the next Java or JavaScript app development by now. You can also use it to make exciting games. Everything you have to do is recruit a dedicated developer to build software appropriate for your project’s specifications.

Java is used in various applications, including credit card programming, Android applications, and the development of desktop and enterprise-level applications. JavaScript, on the other hand, is mainly used to make mobile app sites more interactive. Although most web developers and programmers will inform you that JavaScript is more common as well as more features than Flash, it can be used as an alternative. JavaScript can be used to perform mundane tasks such as generating animation in HTML.

3RI Technologies has designed Java Course in compliance with the workforce and Java Training Institutes’ requirements and demands in today’s rapidly growing era of technology in Java Classes categories. You will develop your java skills, deliver live industry-based projects in real-time, and accomplish your goals by leveraging the expertise of 3RI Technologies’ core java, J2EE, and Fre.

to place yourself on the fast track to a successful career.

Join 3RI Technologies Java online or offline courses to place yourself on the fast track to a successful career.